The plan: Check out our full road trip plan here

Already running behind schedule we didn’t have time to see much in Cleveland, but we did get to drive through downtown and see Progressive Field. 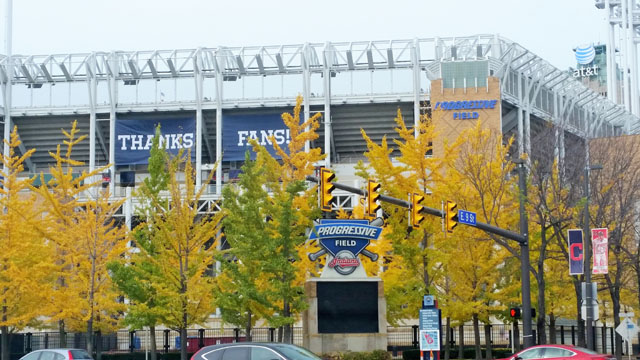 We also got to make a quick stop in front of First Energy Field. 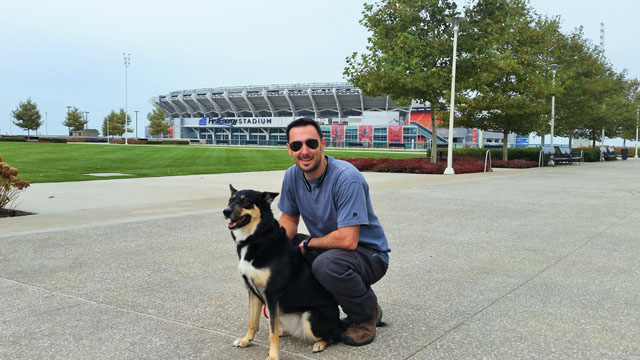 The first thing we did after reaching Niagara Falls was to…skip the falls. Instead we headed straight for Whirlpool State Park, and Niagara Whirlpool. The Fall foliage and scenic views were absolutely spectacular, some of the best of the trip so far. 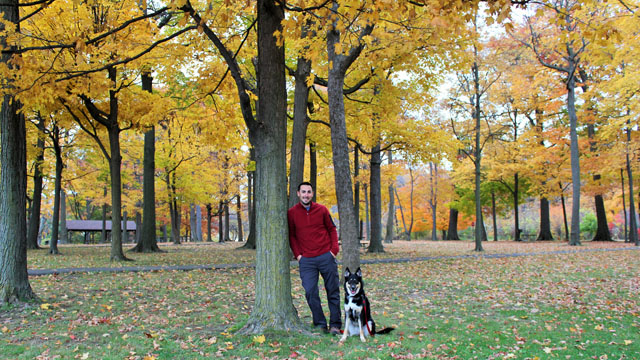 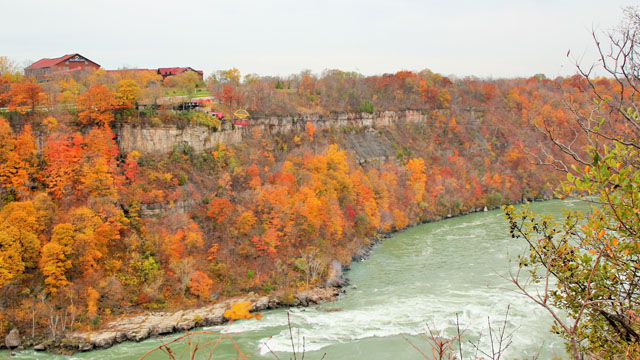 By the time we got to Niagara Falls it was almost time for sunset. I was hoping for some more beautiful colors, but the clouds were just too prevalent. Even so, it was relaxing to just watch the water. 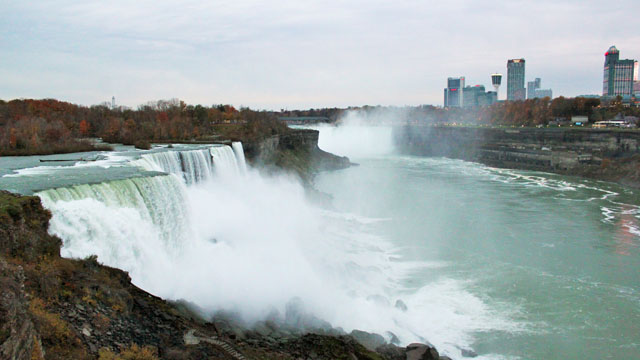 We were about to leave the observation deck when I overheard someone talk about the night time lights. So, we grabbed a quick bite to eat at the Rainforest Cafe and then headed back around 7:30 p.m.

It was pretty neat to see the falls lit up in different colors alongside the Canadian skyline. 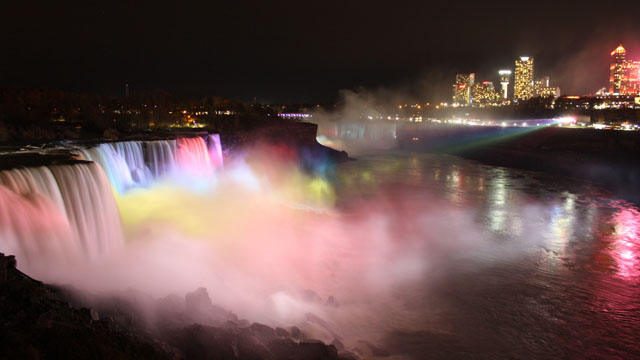 What is beyond disgusting?

I’ll take the blame for this one because I had convinced my wife that waking up early to see the sunrise from the Canadian side would be more than worth it. So, she canceled our hotel in Buffalo and quickly booked a room at the Howard Johnson. The was the first deviation from our original plan, and I made the mistake of not reading the reviews ahead of time. 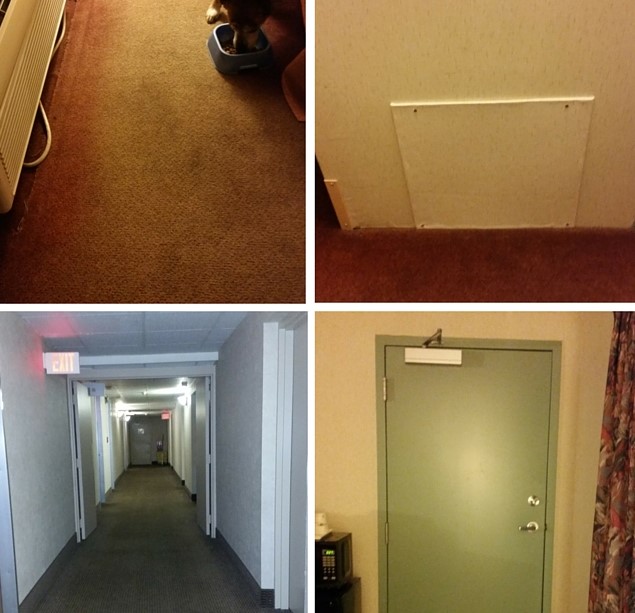 We tried to make it through the night, but after we spotted the second bug we asked for a refund and checked out.

Our first stop was at Wal-mart for some Lysol and trash bags. Not wanting to risk anything we sprayed our bags with Lysol and put them in trash bags until we could get to the next hotel and wash everything we owned….twice.

We decided on a Best Western Plus (which was amazing) in Penn Yan, just north of Watkins-Glen State Park.

After cleaning and washing everything thoroughly we finally got to bed around 4:30 a.m.

I didn’t want to say goodbye to Niagara without seeing the sunrise and the falls, but I’m looking forward to hiking Watkins-Glen gorge tomorrow and heading to Boston!

Other posts in the Traveling America series: 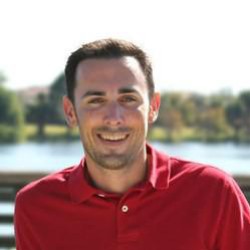