The following post was not written by me. It was written (actually spoken) by Sam Harris, one of my favorite thinkers, and delivered via his podcast. The advice within it is simple but beautiful. It immediately struck a chord within me when I heard it, and I hope it will have the same affect on you. 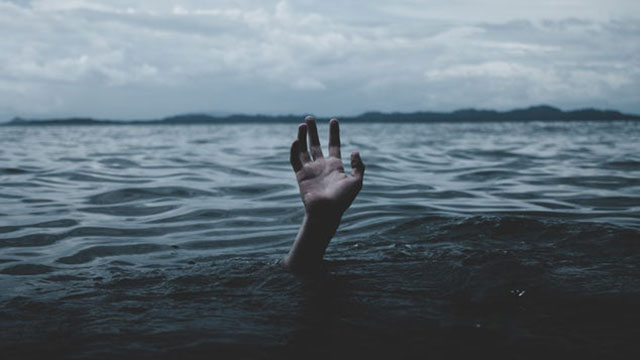 It’s always announcing itself. In the background. On the news. In the stories we hear about the lives of others. In the concerns about our own health. In the attention we pay when crossing the street. If you observe yourself closely  you’ll see that you spend a fair amount of energy each day trying not to die. And has long been noted by philosophers and contemplatives and poets, death makes a mockery of almost everything else we spend our lives doing.

Over the last few days I’ve been spending an inordinate amount of time trying to find a new font for my podcast. This has literally absorbed hours of my time.  So, if you had stopped me at any point in the last 48 hours and asked me what I’m up to, what really concerns me, what deep problem I’m attempting to solve, the solution to which seems most likely to bring order to the chaos in my corner of the universe, the honest answer would have been I’m looking for a font.

Now, I’m not saying that everything we do has to be profound in every moment. Sometimes you just have to find a font. But, contemplating the brevity of life, brings some perspective to how we use our attention. It’s not so much what we pay attention to, it’s the quality of attention. It’s how we feel while doing it.

If you need to spend the next hour looking for a font, you might as well enjoy it. Because the truth is none of us know how much time we have left in this life. And taking that fact to heart brings a kind of moral and emotional clarity and energy to the present. Or at least, it can. And it can bring a resolve to not suffer over stupid things.

Take something like road rage. This is probably the quintessential example of misspent energy. You’re behind the wheel of your car and somebody does something erratic. They’re probably just driving more slowly than you want, and you find yourself getting angry. Now, I would submit to you that that kind of thing is impossible if you’re being mindful of the shortness of life.  If you’re aware that you’re going to die, and that the other person is going to die, and that you’re both going to lose everyone you love, and you don’t know when.

You’ve got this moment of life, this beautiful moment, this moment where your consciousnesses is bright. It’s not dimmed by morphine in the hospital among your last day among the living. And the sun is out, or it’s raining; both are beautiful. And your spouse is alive, and your children are alive. And you’re driving. And you’re not in some failed state where civilians are being rounded up and being murdered by the thousands. You’re just running an errand. And that person in front of you – who you will never meet, who’s hopes and sorrows you know nothing about, but which if you could know them, you would recognize they are impressively similar to your own – is just driving slow.

This is your life. The only one you’ve got. And you never get this moment back again. And you don’t know how many moments you have. No matter how many times you do something. There will come a day when you do it for the last time.

You’ve had a thousand chances to tell the people closest to you that you love them. In a way that they feel it. And in a way that you feel it. And you’ve missed most of them. And you don’t know how many more you’re going to get.

You’ve got this next interaction with another human being to make the world a marginally better place. You’ve got this one opportunity to fall in love with existence. So, why not relax and enjoy your life? Really relax. Even in the midst of struggle. Even while doing hard work. Even under uncertainty.

You are in a game right now. And you can’t see the clock, so you don’t know how much time you have left. And yet you’re free to make the game as interesting as possible. You can even change the rules. You can discover new games that no one has thought of yet. You can make games that used to be impossible suddenly possible, and get others to play them with you. You can literally build a rocket to go to Mars, so that you can start a colony there. I actually know people who will spend some part of today doing that.

But whatever you do. However seemingly ordinary, you can feel the preciousness of life. And an awareness of death is the doorway into that way of being in the world.

If you want to listen to the rest of the podcast, you can do so here.