The following post was not written by me. It was written (actually spoken) by Jordan B. Peterson, a clinical psychologist and author of 12 Rules for Life, via the Ben Shapiro podcast. 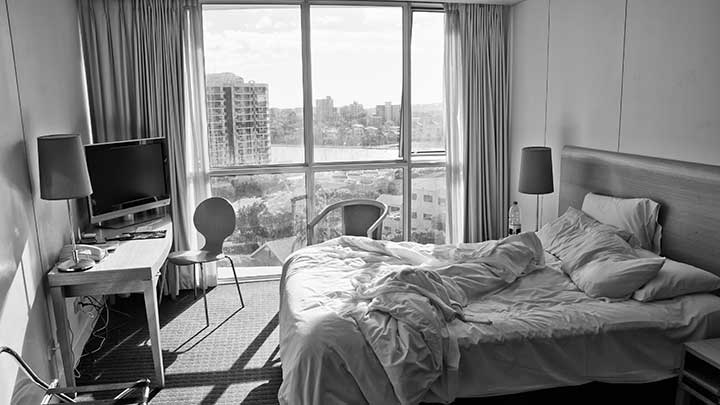 You might as well start with what’s right in front of you, it’s a lot harder than it looks.

Because to clean up your room means to accept that it’s actually necessary for you to take that little bit of chaos that’s in front of you, that chaotic potential, and cast it into habitable order.

And then you have to develop the right attitude toward it.

It’s like I’m going to put my room in order. Well what does that mean?

Order is in relationship to something.

If your desk is ordered, you’ve ordered it because you’re going to work there and you’re working there on something valuable, and so the order is conceived of in relationship to a telos.

What’s the purpose though?

You can’t order your room without falling into purpose. And if you’re going to fall into purpose, try it out on a local scale first.

You don’t want to go out there and change the system.

What the hell do you know?

Leave the system alone and see what you can do locally.

See if you can put yourself together.

See if you can put your environment together.

So, life sucks and everything is miserable and you’re cynical and there’s no point in trying anything because everything is meaningless and who the hell is going to care in a million years. And you’re a fool to move forward in any case.

Now you decide, despite all that, I’m going to put my room in order. You will have a war on your hands.

The first thing the people around you who are aiming down will say, “You think you’re so much better than we are? Do you? You and your fancy gosh damn plans.”

They’re going to put every psychological object possible in your way. Because if you succeed, even in something that trivial, you shed a very dim light on their existence. And so they’re going to do everything they can to take you out.

And so people think cleaning your room, that’s a cliche.

Well go ahead and try and see how much of a cliche it is. And if you’ve got your room in order, then put your office in order.

It’s a micorocosm. It really is.

And to take those microcosms seriously is what I’m asking people to do.

And I’m saying “Look, it isn’t only about you being happy. There’s lots of times in your life you’re not going to be happy, so that’s not going to work. You want to have something meaningful. That’s the boat that will take you through the storm when you batten down the hatches.”

A meaningful engaged life will see you through the catastrophes.

Even though that’s a big deal, that’s a great proposition. Because you can say to yourself, “Yeah, it’s worth it.”

But there’s another part of it to.

Don’t be thinking your errors aren’t linked to hell, because they are.

It isn’t top down evil leaders manipulating innocent masses. That’s not it.

It’s the moral failings of every single individual unwilling to say their truths, unwilling to act out what they know to be right that accumulate and produce the catastrophic state.

So, when you’re fussing about with your life.

When you’re not manifesting your potential.

When you’re falsifying your speech and your actions in the service of short term expedience you are working to bring about hell on earth. And that’s true.

So, it isn’t just that you have to fix up yourself so you can have a better life.

Who cares about you for a moment?

You have to fix up your life because if you don’t every time you make a mistake that you know to be a mistake you are leading the world toward hell.

You can watch the full interview below.

Note: the last 5-10 minutes contains the text above.