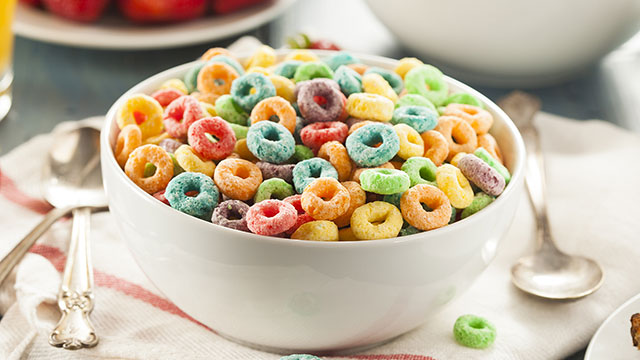 It’s 12:33 AM and I’m huddled over my desk with with a bowl of Raisin Bran Crunch and Season 1, Episode 4 of Newsroom (my all-time favorite television show, which I’ve watched 4 times now) playing in the background.

I haven’t had cereal in at least 3 years (since we’ve lived in Oregon), and maybe closer to 4 or 5 years. All you cereal lovers probably just threw your keyboard across the room completely flabbergasted, but guess what, I also don’t like ice cream.

Seriously though, having just finished this indelibly delightful bowl of cereal I’ve come to the conclusion that eating cereal every night can ruin your life.

Let’s forget about the facts

Let’s forget the fact that I just consumed over 75 grams of carbs, most of which were sugar.

Let’s forget about the fact that most of that sugar is probably going to be converted to fat.

Let’s even forget about the fact that my blood sugar is likely to crash during sleep, interrupting my REM and leaving me unrested in the morning.

Put all that and any other health or nutrition facts aside.

I want to talk about the real issue. The concept of using things for something other than there intended purpose.

While there are many ways to do something, there is one intended way

Eating cereal at night is kind of like using a wrench as a hammer. Even though cereal was originally intended for breakfast and wrenches for fasteners, the former is delicious, and the latter can make a great hammer…sometimes.

But cereal isn’t one of life’s greatest treasures. It’s not like our mind, our heart, our soul, or our words.

Instead of using our hearts to find love, and give love, we often hide them away in our houses.

What about when we try and quench the thirst of our soul with movies and memes instead of prayer and meditation?

And our words, oh how we misuse our words.

Using something for an unintended purpose isn’t always bad

After 3+ years of not having cereal, I’ll be honest, I’ll probably have another bowl at night again this week. And I don’t think that’s such a bad thing.

Just like staying in touch with friends on Facebook isn’t such a bad thing, or getting a little reprieve from the burdens of life by taking in the next super hero movie (and of course a little popcorn…with butter).

All I’m saying is cereal every night will ruin your life.

Not because most cereal is bad for you, it is. But because that’s not what it was intended for.

I’m not going to lay out the right intentions of everything. For one, I don’t have the time, and two I just don’t have all the answers.

But I know that we as human beings, as mothers, brothers, and sons, were intended for more than the mundane that we often get trapped inside.

So, next time you’re up late at night with a little grumble in your tummy, and when you open the pantry and your favorite box of cereal is staring back at you, go ahead and eat it. Enjoy it.

But while you do, just take a few seconds between that crunchy goodness and think about your life, about your blessings and how you were intended to use them.

P.S. Here’s a little thought experiment that may help.